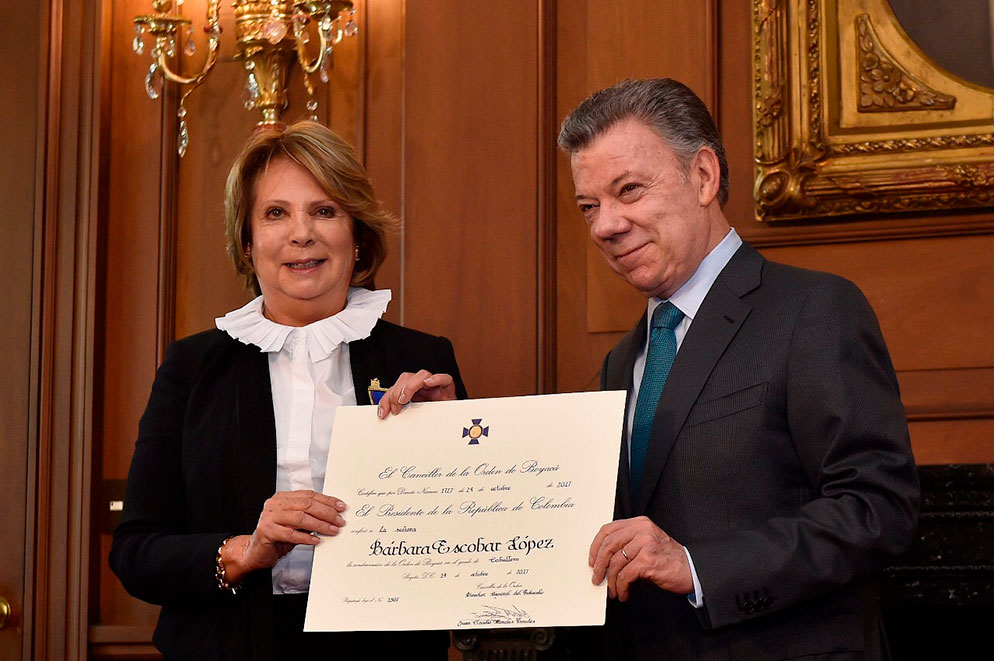 During 75 years La Casa de la Madre y el Niño, has benefitted more than 15,000 minors, giving up for adoption more than 8,000 and served more than 3,000 women with pregnancies in conflict.

La Casa de la Madre y el Niño, a non-profit institution has become a referent in the protection of childhood, and a testimony of the possibilities of a civil society committed and acting for the minors coming from different regions, so that they can dream again with a new life in a new home.

“This is a recognition to 75 years of work and the endless commitment of a team that every day eagers to bring hope to thousands of boys and girls with their rights violated. It is a pride having protected almost 15,000 minors, having placed more than 8,000 children in adoption, and having served more than 3,000 women with pregnancies in conflict”, states Barbara Escobar, Director of la Casa de la Madre y el Niño.

Protecting childhood is betting for a fair Colombia and with opportunities for all. La Casa de la Madre y el Niño since it was founded, has worked to revert the situation of thousands of children who suffer as the result of the hard reality our minors have to face. These figures speak by themselves:

La Casa de la Madre y el Niño´s efforts does not end with the children that the institution directly hosts. During more than seven and a half decades of service, La Casa has advocated to enforce public policies to warrant the legal security of our minors with their rights violated.

La Casa´s goal during the next three years is to duplicate the number of adoptions of minors with special needs. Currently, these children grow in institutions without possibilities of belonging to a loving and comforting family. For the year 2020, the goal is to find a home for more than 600 minors.

As part of the activities to celebrate this recognition, the 9th of November the Charity Dinner “Imagine” was held at the Restaurant Nemo by Harry Sasson. The collected funds will serve to strengthen the Adoption Program for minors with special needs. Several companies and individuals committed to add their efforts and to guarantee that these minors may have the possibility of a real life, which today they do not have and they do not even imagine.